The Serbian and Hungarian people are, among other things, connected by the animal Mangalica. It is well-known that, in the process of making this new and now native breed, pigs located in Šumadija and Srem were also used. After the Second World War, the species was at the brink of extinction. In recent years, however, the breeding of Mangalica is living its Renaissance. In Hungary, the number of registered sows has reached ten thousand. Vojvodinians are also making efforts to start with its successful production, considering the experience of the Motherland, this kind of business can be extremely profitable. 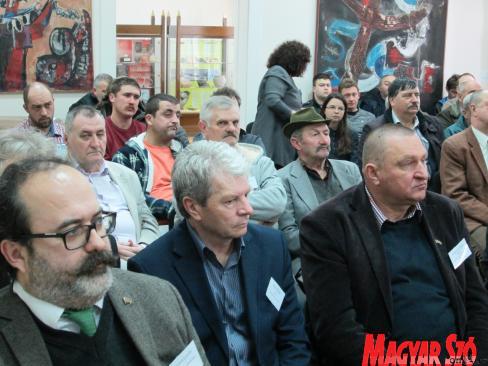 There was a huge interest for the forum (Photo: Péter Tóth)

A professional forum was organized on the topic of Mangalica breeding in the Museum of Bačka Topola. Needless to say, the manifestation was a huge success.

The forum had participants from all over Hungary, Vojvodina, that is, Serbia, including government officials, professional partners and local breeders. Endre Balassa, coordinator of Bačka Topola’s Developmental Association, said in the name of the organizers, that the purpose of the gathering was the exchange of experience. Getting to know the breeding process in Hungary might help locals in starting their own production. Locals most commonly stop their breeding owing to financial reasons: it does no pay off. On these manifestations however, not only experiences are exchanged, but one can find valuable partners as well, which might help with a good start on the market. This was the second forum of this sort, the first was held in December in Upper Hungary. The all-encompassing strategy of the forums is the creation of a working network within the Pannonian Basin. 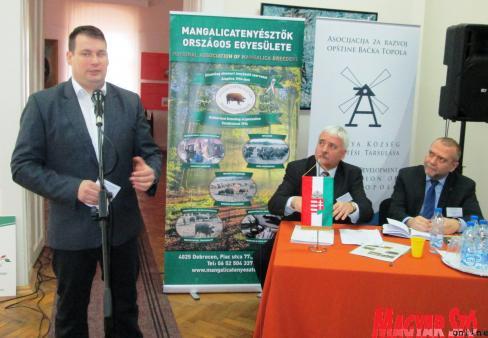 Vice-President of the Agricultural Commission of the Serbian Parliament, Árpád Fremond, said that pig farming is going through huge transformations at the moment, the forum was perfectly timed. The governmental support of breeders was raised, and the soon to be accepted small producers’ decree will bring with itself a more favorable position of small producers on the market.

Deputy Secretary of Agricultural and Rural Developmental Strategies, Dr. Dávid Mezei, said that Hungary holds the development of animal breeding as a top priority. Apart from the protection of rural workplaces, it is essential to raise the worth of such work as well.

Péter Tóth, President of the National Organization of Mangalica Breeders, said that after the governmental changes in Hungary, the breeding of Mangalica is an exceptionally well going business. The production is living its Renaissance. The organization has 230 members, and the Mangalica sow count has reached ten thousand. One of the top priorities of the organization is returning the breeding of Mangalica to its rightful place in relation to the animal breeding hierarchy and also cultural and eating habits. Concerning the market, apart from Spain, an iterest has grown in the USA and Japan as well. This is first and foremost thanks to the excellent, so called, premium quality goods of Mangalica. The breed itself “developed” in the 19th Century in the Pannonian Basin. The blond version was made with the help of the curly haired Serbian Šumadija pig in the 1830s. The swallow bellied version is a mixture of Mangalica and the Srem pig. The newest version is the red one, which is a mixture of the Salonta pig, or to be more precise, the Mangalica and the Újszalonta pig.

Péter O. Gulyás, President of the Vojvodinian Organization of Mangalica Breeders, told us that the situation at home has improved lately, but breeders are still lacking governmental support. When the organization was founded, the situation was better, as then, support was given for the organization of festivals and manifestations for the popularization of Mangalica products. He also added that there might be a potential danger of inbreeding in Vojvodina, so the import of foreign pigs would be very much applauded.