There are a number of projects in the country which were started, but their finish we are still to see. The politicians and common day citizens will never agree upon started ones: no-one seems to understand all the paperwork and preparations behind any started investment, they want a new road, building or any other construction, now. The expression “good work needs time” is not really popular in Serbia, especially because of bad experiences in the field of quality of work vs time needed for it. In any case, after a conversation with Imre Kern, State Secretary of the Ministry of Construction, Transport and Infrastructure, we find out that a number of projects will be finished in 2017 without any delay or change.

How much money is needed for the infastructural projects of 2017? 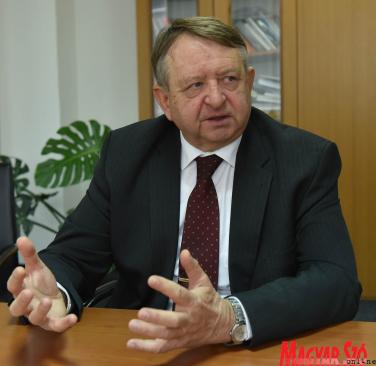 – Roughly 5 million EUR is reserved for such projects. Of course, I’m talking about the whole of Serbia. We’re talking huge investments here, and a number of projects.

Will there be more investments than last year?

– Top priority is given to finishing the Southern and Eastern sections of corridor 10 of the highway, leading to Macedonia and Bulgaria. The highway between Obrenovac and Čačak needs to be finished as well.

Regarding roadworks, which are other important projects?

– There are projects which will be funded by the World Bank. We’re talking about 11000 km of first and second level roads. Regarding our region, the right side of the highway between Novi Sad and Belgrade, the 4 km section which has not been renewed yet, then the road between Žabalj and Zrenjanin, and the road between Srbobran and Sombor will be renewed. These works can be done this year, the contract has already been signed for the Žabalj-Zrenjanin section, renewal will start with spring. The first part of the Sombor-Srbobran road will be finished this year, the other part, the next. We’re having very serious negotiations with the Hungarian government about IPA projects to renew the road between Sombor and Bezdan, that is, the 12 km section to Hercegszántó, the project papers will be finished in the coming days. It’s on our schedule to also start the renewal planning of the section between Senta and Subotica. Also, the construction of the 3 km road connecting Mali Iđoš with the highway. This is part of a much larger picture, which we hope will see daylight in the next 10 years: the construction of a road heading from East to West Vojvodina between the bridges of Ada and Bogojevo. Talking about plans, I must mention the reconstruction of the old E5 road between Bačka Topola and Feketić.

The roadworks are also in progress on the highway ring around Belgrade, on the road between Surčin and Obrenovac, a part of corridor 11. Another top priority is the Fruška gora. All sort of vehicles are in long lines on both sides of the mountain: the tunnel is the only solution. Plans are on their way.

In which stage is the construction of the so called Y branching near Subotica?

– By the end of April, the 1 km section from the highway will be finished, the project papers and tender documents will be also done by the end of January for the completion of the 5.5 km section between the roads leading to Bačka Topola and Sombor. I hope work will start with the beginning of April. The 300 million dinars needed for the works have already been put aside from the budget. If some of the other planned projects will not come into consideration for this year, then we’ll redirect the money here. These projects are highlighted in the budget as 3-year-projects, meaning that the money needed for finishing the Y branching is in the plans for 2018 and 2019 as well. Next year has to see the completion of the section between the roads leading to Bikovo and Bačka Topola, while in 2019 the section between the road leading to Sombor and the border crossing at Kelebia.

There are new border crossings in view too. Which are these, and when will they open? 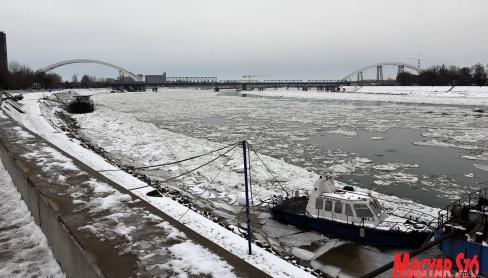 The new bridge on the place of the old Žeželj should be finished by November (Photo: András Ótos)

– A decision was brought on the Hungarian and Serbian government summit in Niš. 2017 will see the opening of the crossing between Rastina and Bácsszentgyörgy, 2019 between Rabe and Kübekháza. Both mean road renewals as well, concerning the former, between Gakovo and Rastina. We chose this crossing, as it is a part of the shortest road between Sombor and Baja. The renewals connected to the Rabe crossing will be covered by IPA fundings, but the section between Banatsko Aranđelovo and Crna Bara needs repairs too. This crossing is most important, so that this part of the country close to the triple border no longer be separated from the rest of the world. Both crossings would function as Ásotthalom-Bački Vinogradi or Horgoš-Röszke 2 crossings: passport control and customs would be in one place.

How are things going with the construction of the bridge on the place of the former Žeželj bridge in Novi Sad?

– The pedestrians enjoying their walk by the banks of the Danube have surely noticed that the middle pillar has “grown” out of the water, although work was at a standstill for 6 months last year on that section due to high water levels. The bridge should be done by November. It will sure be an attraction to Novi Sad citizens to see the bridge parts made on land be assembled above water, expected for May-June. A lot will marvel at this operation and will stand in awe while watching the engineering accomplishments of the monstrous machinery.

Cultural and information institutions are also on the list for renewal.

– I need to highlight that this year more money is given for the National Theater in Subotica than last. The budget modification proposal of the Alliance of Vojvodina Hungarians was accepted, securing 111 million dinars from the budget for its construction and reconstruction. A huge and important investment will be building a new HQ for the Radio Television of Vojvodina, on the place of the old one standing in ruins after the NATO bombing. A long process is ahead of us, before the construction may begin, the scrap and walls of the old building need to be removed.

Talking about media houses, the renewal of the Magyar Szó HQ in Novi Sad is also on the list.

– I’m happy that after long years of negotiations, the Hungarian government will provide the material needed for the renewal of the Forum building. The front and the roof are first. I was personally able to contribute to to this project, advizing how to start the entire process, which is the most simple and effective way of doing things. The building needs it. Its construction permit was issued too long ago, at the end of the 50’s.