The Municipal Assembly of Bečej accepted this years plan of the Toplana Public Company on the last workday of 2016. Director Dejan Vuković concluded the last year with the words that, although there were huge debts towards Srbijagas, the company succeeded to close 2016 with a profit and 15 million dinars of debt repayment. He said that 2017 would see a new tariff system, and the construction of a facility which uses biomass instead of earth gas, which will lessen the costs of district heating. The Elég opposition groups former leader pointed out in reply to this that the sanation of the already existing network would be much more useful, as the system runs with substantial losses. 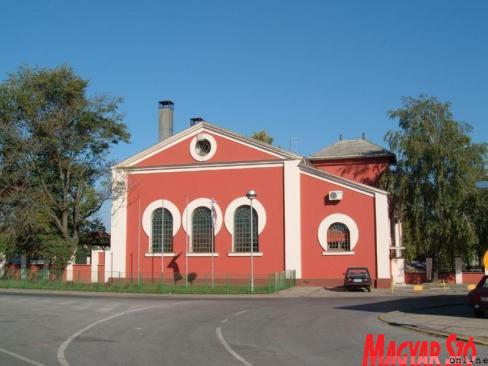 The citizens on district heating are sceptical towards the reduction of costs – it’s not the first time they are promised cheaper heating, and every time until now, they were left disappointed. When district heating was new in Bečej, it was considered quite elite, but instead of developing the network, in 2003, the company Toplana gained 49% of Gas Bečej’s founders’ shares. The agreement back then was sealed with just a friendly handshake and a gentlemanly agreement that the gas lines would not go near the central part of the district heating network, an agreement which the gas holders have long ago disrespected. Thanks to that, the two companies have about a thousand users each. Toplana, of course, had huge losses.

The citizens started seeing a brighter future of cheaper district heating when a couple of years ago, Toplana installed distributors on the heating units of about thirty households. The costs of the installation were born by the apartment owners, and they were promised a system for measuring and therefore reduced amount of heating used for optimal household heat. That was all good until the new cost system came into power. The bills now display the amount of energy used by the whole building, consisting of two parts: a static and a dynamic one. In October, November, March and April, these two parts are fairly equal, while in December, January and February, the static part is 30%, the dynamic 70%. The static part is shared by all those living in the building, in proportion with the size of apartments, while the dynamic part is made from the numbers on the distributors on each heating unit, which in the end designates the amount of payment of each apartment in relation to the heating energy used in total.

This payment system resulted in a barrage of unsatisfaction, as no-one is satisfied with the huge differences of payment between neighboring buildings, owing to the sanation of the network in one, the re-location of the substation to the building in the other, while in the third, forth and so on, nor was the substation re-located, nor was the network repaired, and so there are drastic losses of energy along the old network while the heating gets to the apartments. These pipelines are damaged to the extent that even in minus temperatures, mud is formed around the network from the escaping heat. Toplana forces users to pay for the energy loss, although it is not their fault. A lot decided to search for alternative ways of heating, which resulted in higher costs for those who need to stay on the district one.